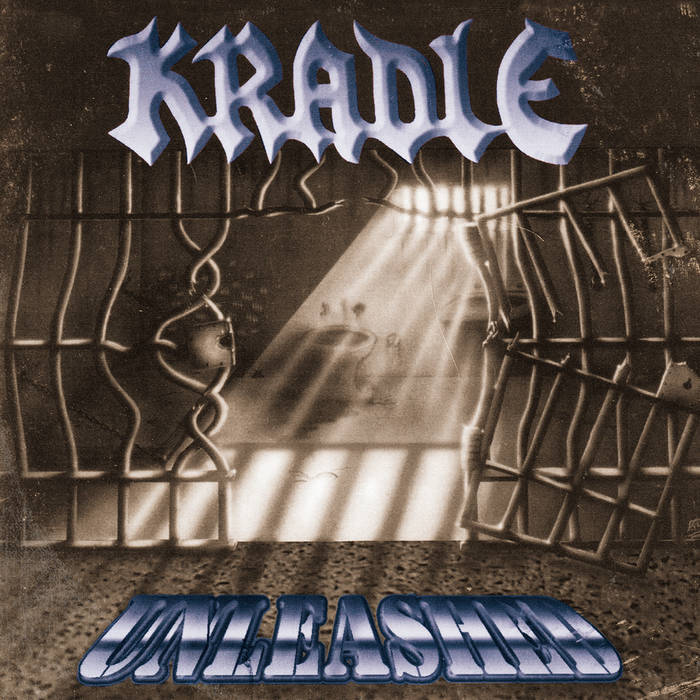 Over a decade after the original KRADLE line-up would call it quits bassist Steve Courchaine would assemble a new line-up.

In 2002, three of KRADLE's biggest die-hard and long-time fans would encourage bass player Steve Courchaine to reform KRADLE, one of Vancouver’s first heavy metal bands. After much consideration Courchaine decided to approach original guitarist Harry Degen and drummer Claude Erfone about the idea. The two had no interest without singer/frontman Tod Larkin who had passed away in May of 1989 leading to the end of the band. However, Degen and Erfone would give Courchaine their blessing to put together a new KRADLE line-up.

This new line-up would play a handful of gigs and record a full-length album in 2002 under the KRADLE moniker titled “Unleashed” The album consisted of 9-songs, six of which were older KRADLE songs re-recorded. The album also included three new tracks, one of which was the heartfelt tribute to Tod Larkin called 'Watching Over Me'. It would be self-released on CD with very minimal distribution leading to the release being fairly hard to find twenty years later.

Alongside the release of the KRADLE ‘Standing on the Edge’ demo collection in August, Heaven and Hell Records will also be reissuing KRADLE ‘Unleashed’. Features include all 9-songs that have been remastered by Jamie King, an 8-page booklet with complete lyrics and touched-up artwork. The release will be limited to 500 copies worldwide.