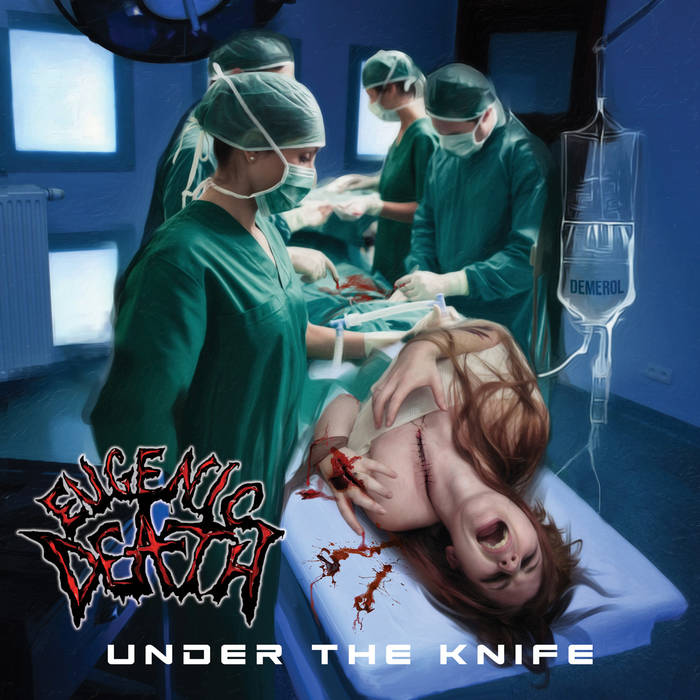 FOR FANS OF: Voi-Lence, Demolition Hammer, Slayer, Exodus and Testament

OVERVIEW
EUGENIC DEATH was formed in late 2010 in Greensboro, North Carolina.
The Band name was Chosen to draw attention to society's overall view, mistreatment and neglect of the poor.

Jonathan McCanless-lead guitarist-had long desired to get his music into mass circulation and decided in late 2010 that the only way to accomplish this was to start a band with the most dedicated and talented musicians he could find.The natural choice for vocals was Keith Davis, whose voice is reminiscent of legends like Chuck Billy of Testament and Max Cavalera of Sepultura. Jonathan had previously been in another local band with Keith and knew his capacity for producing harsh sounding thrash vocals.

The other member of that original band was Shane Lucas, a bassist whose style is heavily influenced by Steve Harris of Iron Maiden. His creative bass parts harmonized perfectly with Jonathan's guitars.
Unsure of where to find a drummer Jonathan turned to Keith and Shane to find the perfect fit. Keith immediately offered Ian Pasquini, from High Point, NC. Influenced by Mastodon, Slayer, and Dying Fetus. Ian earned his place as Eugenic Death's first drummer

In 2012, Eugenic Death's debut album "Crimes Against Humanity" was released by Heaven and Hell Records. A year later Ian Pasquini parted ways with the band due to personal reasons. The following year Shane Lucas also parted ways with the band.
In 2014 the recording process for Eugenic Death's second album "Under The Knife" began. Geoff Lapenta was recruited to perform drums on the album. Jonathan McCanless on guitars and bass, and Keith Davis once again on vocals.