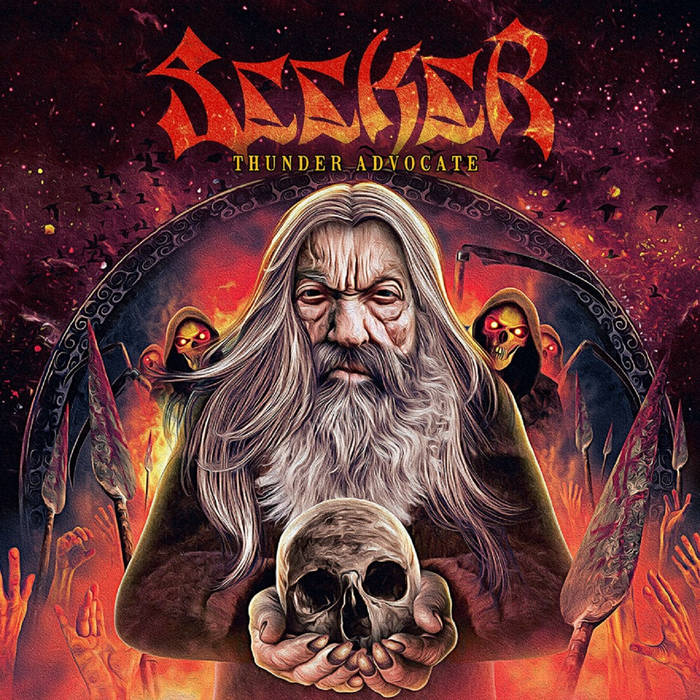 In 1986, Heavy Metal ruled the airwaves and MTV had an endless supply of videos to fill the clamouring audiences’ cravings. From coast to coast, Metal was the rage and the music of choice. More and more bands were hitting the scene like never before. Philadelphia was once again seeing a surge of interest from labels and producers. With the popularity of bands such as Cinderella, Britny Fox, Roughhouse (Teeze) and Tangier, many young and upcoming groups were taking their shot and making their way to stardom. SEEKER was one of those bands.

Just six miles west of the City of Brotherly Love, in Pennsylvania’s now second-largest borough of Norristown, SEEKER was born. Five young men from the west side of town formed a Rock n’ Roll quintet, with a goal to set the Heavy Metal music world on fire.

Working in a converted studio garage, bassist James Pera, drummer Sean Nelligan and guitarist Mick Michaels began working together laying the foundation of what was to become SEEKER. As a trio, the formation was initially called Dream Seeker and in September 1986, songwriting had begun. By February 1987, lead guitarist John Coonan was brought on board and the band name was shortened to Seeker. Several more songs were penned which included John singing lead vocals. However, the band realized quickly that to truly capture what they wanted to achieve, a dedicated lead singer was needed. In the months that followed, March 1987, an audition was held and Frankie D assumed the role. The line-up was complete and six songs, in particular, “Needing Your Love,” “Coming Down (On You),” and the crowd favorite “She’s Back for More,” was then included in the band’s original set as SEEKER took to the local scene to perform live.

Throughout SEEKER’s tenure, 1986 to 1991, several songs emerged that would come to define the group’s sound and style; songs such as “The Prophet,” “Feel the Thunder” and the driving “Metal Rage” became their voice and crowd favorites alike. But it was the band’s heavier side with tracks such as “Earth Fighter,” “Seeker,” and “Domino Man” that would offer audiences a diverse balance of SEEKERr’s unique brand of Heavy Metal. Unfortunately, many of these songs were never properly recorded but would go on to find inclusion and new life with later band formations.

In 1989, Seeker entered Music Factory Studios to record what would become their debut EP, “Thunder Advocate.” The EP released in 1990 on cassette format only through First Time Records. The release garnished the band a short term development deal with a major label. However, as times were beginning to change, the deal ran out of steam. By mid-1991, SEEKER had made a line-up change, but by the Fall of that same year, found itself disbanded and its members moving on to new projects.