by MARYANNE SCANDIFFIO's NO ANGELS 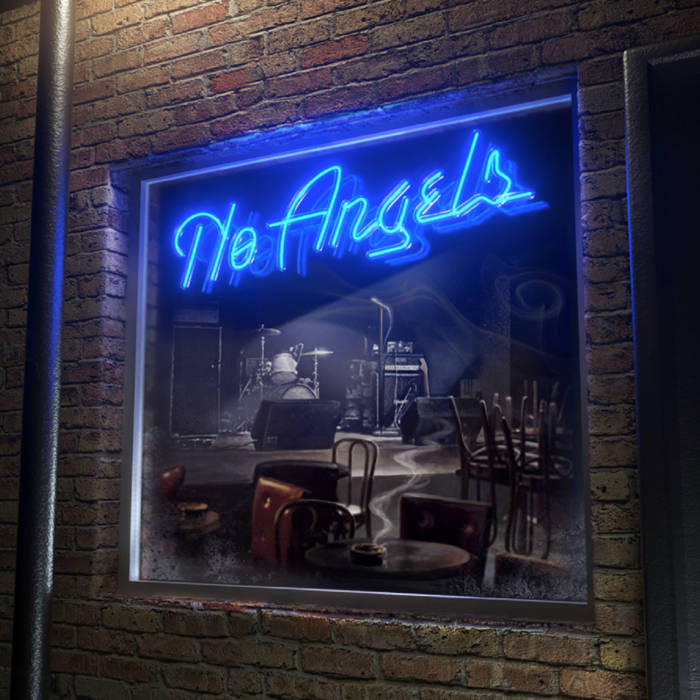 No Angels is “in your face rock n’ roll,” says co-founder and lead guitarist Robbie Parker.

MaryAnn Scandiffio, whose voice is probably one of the best-kept secrets in American hard rock, is a
well-established artist in Europe. In the early, to mid-1980s she fronted the New York heavy metal outfit known as Blscklace, a band which she also founded. After signing with the Belgium label Mausoleum Records, Blacklace would produce two albums followed by videos and live performances in Europe including headlining Belgium's biggest hard rock festival at the time. Back in the States, the band became the opening act for; Quiet Riot, Twisted Sister, The Plasmatics, Billy Sheehan, Joe Perry Project, Zebra and Humble Pie, among other national acts.

Scandiffio found her band rising in hard rock charts, with record sales in the tens of thousands. Though the growing success of Blacklace, Scandiffio had become a star in her own right, drawing large crowds at record signings and personal appearances and even being featured on the cover of Hit Parader magazine.

After Blacklace had decided to call it a day, Scandiffio began to focus on her next project. It was while working on her solo material with ex-KISS guitarist Ace Frehley, drummer Jamie Oldaker (Eric Clapton, Peter Frampton, Frehley’s Comet) and bassist Mark Clark (Coliseum, Uriah Heep, Billy Squire), when she would meet her NO ANGELS co-founder Robbie Parker. Scandiffio and Parker would soon begin working together and developing their unique sound and songwriting style.

Previously, Parker had performed up and down the eastern seaboard with his band Royal Tease. His signature guitar work had already been featured on national commercials for Chrysler. Other projects included producing with accredited producer/engineer Paul Orofino; a children’s album and an up and coming hip-hop artist. Most recently Parker wrote and produced the theme for a national television pilot with Blue Oyster Cult founding member Joe Bouchard. Parker would also play the guitar on all three projects.

Completing the musical equation are seasoned performers Scott Cable, who is well-established as one of the finest bass players on the Northeast club circuit, and drummer Kenny Siena, who has made his mark performing and recording extensively throughout the tri-state area with the band Realm. With Cable’s driving bass and Siena’s sledgehammer style of drumming together, they created a rhythm sound that is unmistakably NO ANGELS.

Whether tearing up a live performance or burning up a tape, NO ANGELS is undeniably back to the wall rock n’ roll.

Soon NO ANGELS would enter Millbrook Studios in Millbrook, New York to lay down 11 hard rock tracks for the band’s debut album ‘This Ain’t Heaven’. Recorded and engineered by Paul Orofino, known for his work with bands such as Danger Danger, TNT, Tyketto and Riot among many others. The outcome would prove to be as strong as any of the band’s contemporaries’ output of the time, as well as showcasing Scandiffio’s vocals that had further developed since her earlier works. The recording would be completed however ‘This Ain’t Heaven’ would inevitably be shelved for the next 26 years.