Standing on the Edge (The Demos) 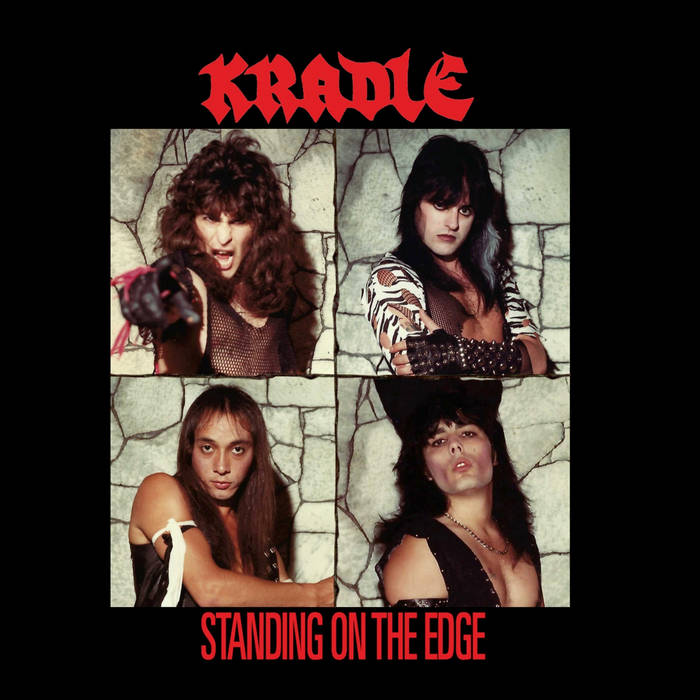 heavymetalina i love this authentic style of the 80's. Favorite track: Alone without You.

AbsoluteHatred It’s a shame this band fell through the cracks during the 80s.

One of VanCity’s first heavy metal bands, KRADLE would have the talent, the look and the sound craved by an eagerly awaiting audience. And after a stroke of luck and a chance opportunity, the band would find themselves presented with possibilities that could have elevated KRADLE to the next level. But bad decisions, mismanagement and an untimely tragedy would inevitably seal KRADLE’s fate.

All music by KRADLE
All lyrics by Steve Courchaine

Kradle Demo: Recorded at ICA 1983
Say no More, Visions of You, Lady of The Evening
Engineered by Fabrizio Del Monte & Bob Jackson

Kradle demo: Hot to Rock, Alone without You, Standing on the Edge
Recorded at Studio 525 1986
Engineered by Fabrizio Del Monte