Standing in the Rain 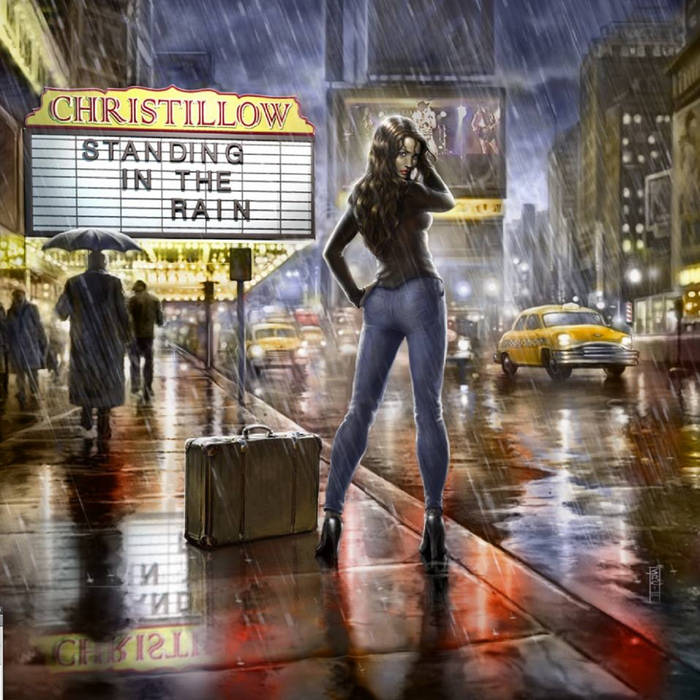 Voivoda This is some good metal. \m/ Favorite track: Standing in the Rain.

Formed in Philadelphia, Pennsylvania 1988 by members Michael James Christillow (Vocals), Kenne Mettler (Guitar), Jessy Marks (Bass), Rod Taken (Drums), and David Guistwhite (Keyboards). CHRISTILLOW would quickly generate a buzz as they began playing the circuit up and down the East coast. Sharing bills with bands such as Loudness, Trixter, and a number of other touring bands of the time, CHRISTILLOW would prove to audiences that their brand of metallic melodic hard rock with hints of pomp had what it took to be a contender.
Several radio interviews, along with much airplay, and lots of magazine coverage helped the band gain major label attention. Although the industry was foreseeing a change coming and holding many hard rock bands at bay. CHRISTILLOW like many bands who stuck to their guns and would not alter their sound for a new audience, they would await that deal that would never come. By 1992 it looked like there was no room for hard rock in the new musical climate and CHRISTILLOW called it a day.
CHRISTILLOW would manage to record a 10 track demo that would be sent out to labels and sold great at shows. In years since the band’s disappearance, the recordings have become quite sought after by collectors who know of the band, the cassettes being nearly impossible to find these days. Their obscurity on the internet would only add to the mystique.