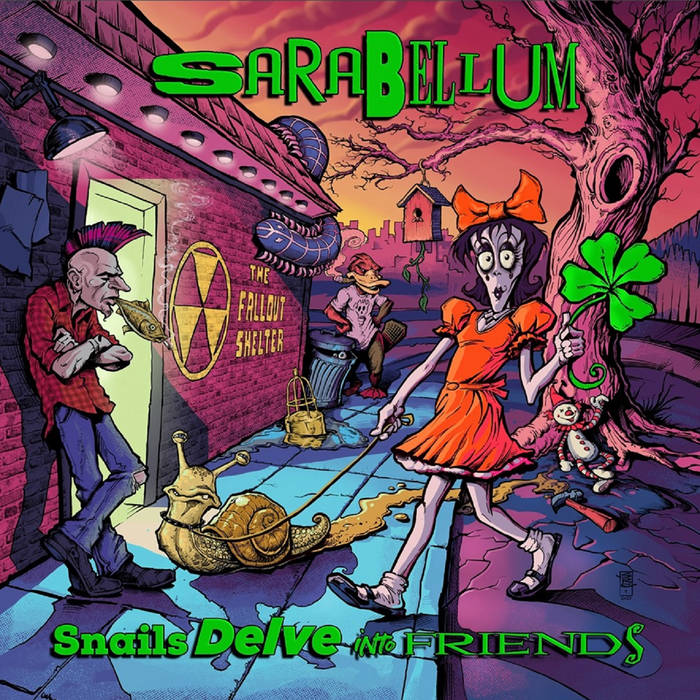 SARABELLUM would first be conceived in Fort Bragg, North Carolina in 1988 with the meeting of guitarist players Bob Wyse and Dennis Woolard while serving as paratroopers in the US Army. Wyse's musical inspirations such as The Cult, XTC and Bad Company would come together with Woolard’s influences of Iron Maiden, Metallica and Michael Schenker.

After Woolard would exit the Army he would relocate to Raleigh in search of a rhythm section to solidify a line-up and await Wyse to join once his military service was complete.

Bassist Skip Cromley, who had grown up and was well established in the local punk scene would be recruited. His hardcore influences would add to the already diverse influences and taste of Woolard and Wyse. Next drummer Mark Binon was added to deliver a pounding backbeat to anchor the band.

In 1990 SARABELLUM began to rehearse profusely and spent the year cultivating their unique sound. In January of the following year a minor setback would occur with Wyse being deployed in the Gulf War. Upon his return five months later SARABELLUM would begin their live gigs at the infamous Raleigh clubs The Brewery and The Switch.

Around this time the band would get together with PKM guitarist Michael Gardener to record their first three-song including the tracks “Snail”, “Delve” and “Friends”. The demo would be co-produced and engineered by Gardener and Kenny Soule of the legendary North Carolina southern rock band Nantucket.

Relentless promotion of the demo through mailings to other musicians and club owners led to gigs booked all over the state. Several gigs throughout the mid-Atlantic followed.

In 1992 a second 3-song demo, recorded once again by Gardener, including the songs “City”, “4 no... 5 Children” and “Buoy” was released. Appearances on local radio stations and indie-punk label compilation albums followed.

With label activity and playing opportunities opening for the band, SARA reached out even further. A three-act tour would be booked with Buzzov-en and EyeHateGod, unfortunately, this would not happen for SARABELLUM due to internal strife that caused the band to break up. In their wake, they would only leave behind a small humble handful of recordings, songs that show a small glimpse of a band that might have very well been on the crest of something entirely new at the time for popular music.