by SHAKE THE FAITH 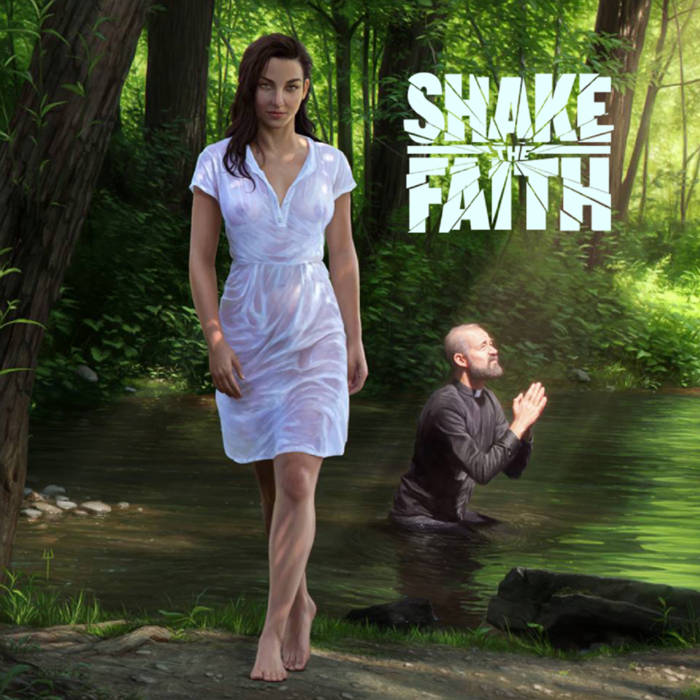 Formed in 1989 by the trio Currie Powers (drums/vocals), Todd Stevens (guitar/vocals), and Jon Weed (bass/vocals) and later recruiting frontman Andy Hogg, once SHAKE THE FAITH were a solid four-piece band they would quickly hit the hard rock club circuit. A steady stream of gigs would follow including several bookings sharing the stage with many of the larger touring acts of the time. All the while SHAKE THE FAITH was building a fair size audience in the area.

In 1990 SHAKE THE FAITH would record a 6-song demo that upon its release began to circulate quickly through the rock scene garnishing the band plenty of radio play and press.

Unfortunately, SHAKE THE FAITH would not meet the expectations of the hype surrounding them and the group split up in 1991 just as they were preparing to enter a studio to record their debut full-length album.

Eventually, Greenstreet would leave and be replaced by the return of Todd Stevens. Several shows would be played under the name SHAKEY JANE and release one 6-song demo would be released. Finally, in 1994 the short run of SHAKE THE FAITH and SHAKEY JANE had come to an end. Musical trends were changing and the brand of melodic rock from bands like SHAKE THE FAITH/SHAKEY JANE, Every Mother's Nightmare, Sleaze Beez, Baton Rouge and other such bands, was no longer in vogue.