Screamer on the Rocks (The Lost Album) 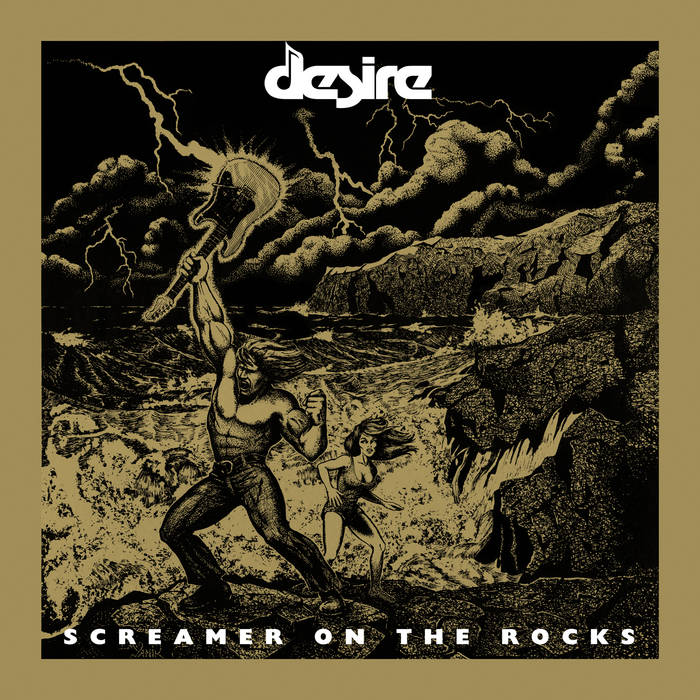 In that twilight period between the setting of the 1970s and the dawning of the 1980s, there was a brief time when hard rock and heavy metal world come together as one. And from this union came forth the likes of bands such as Yesterday & Today, Riot, TKO and The Rods to name but a few. This groups would be some of the first of what would become known a U.S. Heavy Metal and rival that happening overseas with the NWOBHM. And similar to the movement in Europe, many of these new hard rock/heavy metal bands would pop up across America, most of which like their European peers would fade out quickly and be lost to time only to be discovered years later….Such is the case with DESIRE.

DESIRE was formed in late 1980-1981 by guitarist Burk Skyhorse Price, drummer Larry Sexton, & manager Bob Theissen. The band operated out of Northern Kentucky and Cincinnati, Ohio, and was one of the first local acts to establish a following playing primarily original material. The band was known for its over-the-top live performances that featured full arena-style lights and sound, even in smaller venues.

DESIRE released one album, ‘Cry At The Sky’, which was recorded at Counterpart Creative Studios in the spring and summer of 1983. There were two versions of this album. The first, called ‘Screamer On The Rocks’, only made it to test pressing because of a last-minute personnel change. ‘Cry At The Sky’, featuring a different vocalist, made it to the pressing plant, and was released in the fall of 1983. It received airplay on the major FM rock station in Cincinnati and the band received high praise in the press for both their music and live shows.