Run Through the Night 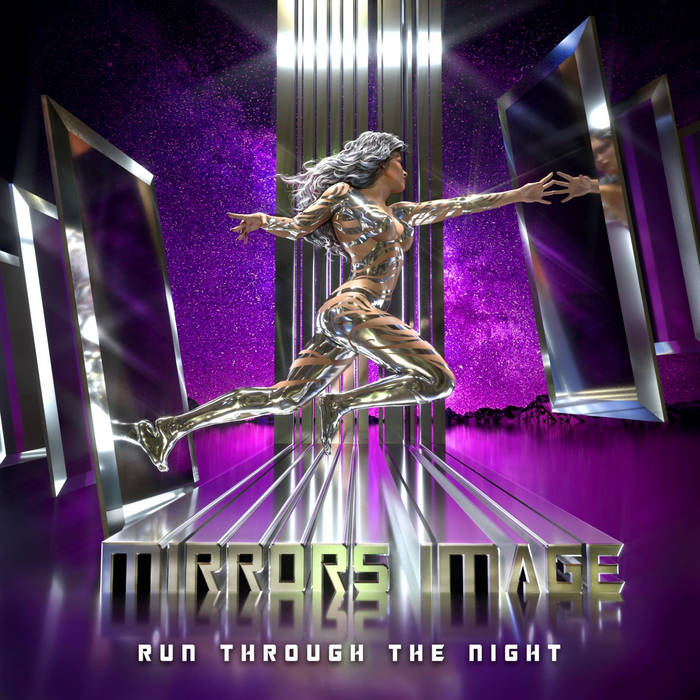 After New York's SINFUL had come to an end guitarist Jimmy Ambrose and bassist Nars Lopez began to put together a new project with new line-up and a slight change in musical direction.

The pair would begin with taking some songs Ambrose had written and go right into the studio to record some demos. Friends from other bands would fill in on these recordings. Also joining them would be ex-SINFUL keyboardist Bill Myer.

Still without a solid lie-up Ambrose and Lopez began searching for permanent members for what would be dubbed MIRRORS IMAGE.

The newly forming band would bring in a vocalist that would not last long. Bill Meyer would soon after depart as well. This was not getting off to a good start. And then one night while checking out a potential drummer at a gig Ambrose’s attention would be drawn to the band’s guitarist and his vocal chops. The drummer would not workout and the guitarist/singer also appeared to be a dead-end until a twist of fate occurred in the form of the answering of a placed ad in a local paper. The ad would be answered by Andy Meyer, that same guitarist Ambrose had seen.

While still searching for a drummer, Ambrose, Lopez and new lead vocalist Andy Meyers would go back into the studio and re-record those earlier demos, this time with Andy’s vocals.

Through a recommendation, the band would come across drummer Harry Finnegan. Finnegan’s hard-hitting style and ability to sing harmonies would make a fine addition to MIRRORS IMAGE.

Still, MIRRORS IMAGE were missing one more element to fill out the sound and this would be solved by the addition of second guitarist Mike Miranda.

Miranda had a reputation as one of the best guitarists in the area, having worked with recording artists like D.L. Byron, Klaus Nomi and quite a few others. Ambrose and Miranda had been acquaintances for quite a while and after hearing the grapevine that Miranda’s band DILLINGER had recently broken up Ambrose would give him a call. The partnering of the guitarists would prove to be an asset, not only was Miranda an incredible guitarist, but he was also a very strong songwriter. Now there were three writers in the band.

As the band started to come together MIRRORS IMAGE would see yet another line-up change when bassist Nars Lopez decided to take a break from playing music to pursue other interests. Lopez would be replaced with Rick Lehland on bass.

MIRRORS IMAGE quickly set out onto the local circuit picking up gigs where they would work on becoming tight as a unit before going into the studio. Once the band was ready they headed to Eddie Solan’s recording studio to begin laying down tracks. Solan was KISS’s longtime live sound engineer and had also worked with other New York bands.

He had expressed interest in producing tracks for MIRRORS IMAGE after hearing the band. Out of those recording sessions came a second four-song demo.

The band continued to gig write more material and circulate the demo to the major record labels. Another surprise hit the band when Lehland would decide to depart. They would fill the vacancy with former LUV SHY bassist Rob Shay.

Losing no momentum, Shay learned all the material quickly as the band continued forward as several labels began coming to check the band out. MIRRORS IMAGE would then record two additional songs for a new demo that would now start garnering some serious record label interest, yet a deal did not materialize. At this time musical differences began to arise among the members; half of the band wanted to go back to basics and a more pure rock n roll approach was becoming fashionable with the growing popularity of Guns n Roses, while the other half of the band wanted to continue in their melodic and more progressively complex direction. This division would cause the end of the band starting with Shayexiting first. Another bassist would be brought in but soon after Ambrose himself would finally leave. Mike Miranda, Andy Meyer and Harry Finnegan would continue for a while but that would eventually come to an end.

MIRRORS IMAGE never managed to secure a deal and in the great scheme of things had a pretty short life span. However, despite the several members changes the band were able to record a handful of tracks of what could have been a great offering to the world of melodic heavy metal.