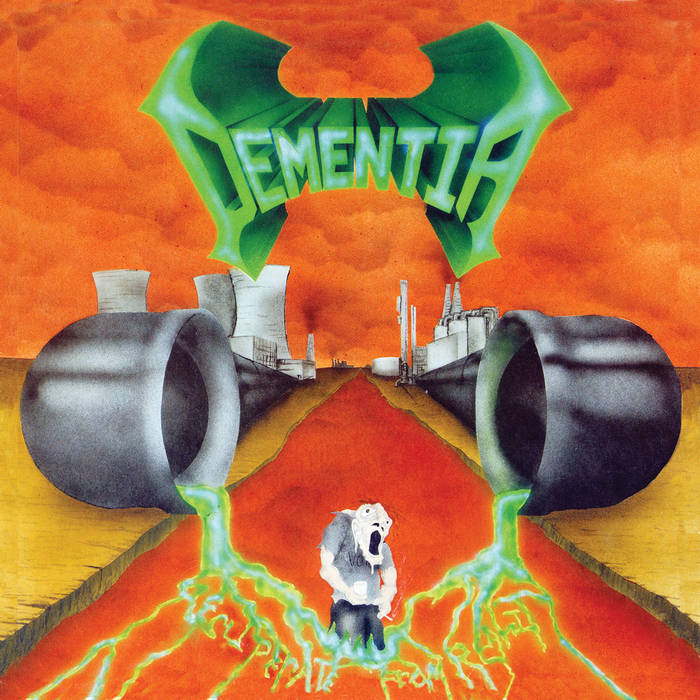 Lute FP Ah, I just love that crunch! Late 80s thrash, done right and blasting back from the past to bless my ears. Fantastic shit, why were they never famous?

DEMENTIA was formed in Wisconsin in the late 1980s by guitarist Brian Ericson, vocalist Mike Walz, and drummer Skylar Kennedy.
In 1988 the band would issue their limited self-release “Cursed from the First”. In 1990 the band would relocate to Chicago where they would begin to establish themselves and start putting together their second album ‘Recuperate from Reality’ that would be released on Tombstone Records (a division of Sony) in 1991.
Now that underground technical thrash metal classic has been re-mastered re-issued