Of the Fallen Years 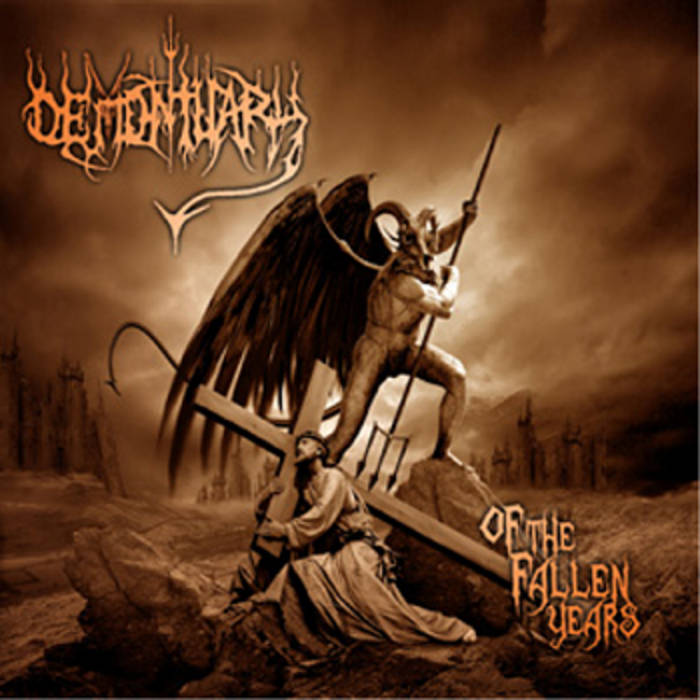 Description:
By the late 1990s black metal was firmly rooted in the American metal underground. Legions of bands across the country cast their dark arts, adding elements of traditional, thrash, and death metal to become a breed unto their own. Such was the case with Austin, Texas' Of the Fallen, created by guitarist Steve Perez (AKA Scythe) in January of '97 after he and bassist Daniel Turner (Ogre) departed from Unholy Descent a month earlier. Soon the duo would be joined by drummer Scott Palmer who had actually played with Perez in previous bands. The three would quickly begin work on material. With the addition of singer and keyboardist, Jon 'Crom' Quick the band would finalize the songs and enter Revolution Studios to record the album titled ""Of the Fallen"", originally released in September of 1997 on the Wild Rags label.

The release garnered many great reviews worldwide, building a loyal fan base throughout the metal underground. This prompted the band to return to the studio, this time to Isotopia Studios to record the follow up ""Ancient Gods of Battles Past"" with producer Stewart Lawrence of Texas metal legends Agony Column. The new material released took on more an epic sound with more mature song writing, but would only see a very limited release.

Few shows and some additional recordings would follow, but internal problems would lead to personal changes until there would be no original members but Perez. Through it all Steve Perez would stay at the helm. Forever true and dedicated to Of the Fallen, Perez would make the decision to retire the moniker for the now familiar Demontuary.

Demontuary reissue is an ECD with archival photos, lyric sheets and more!