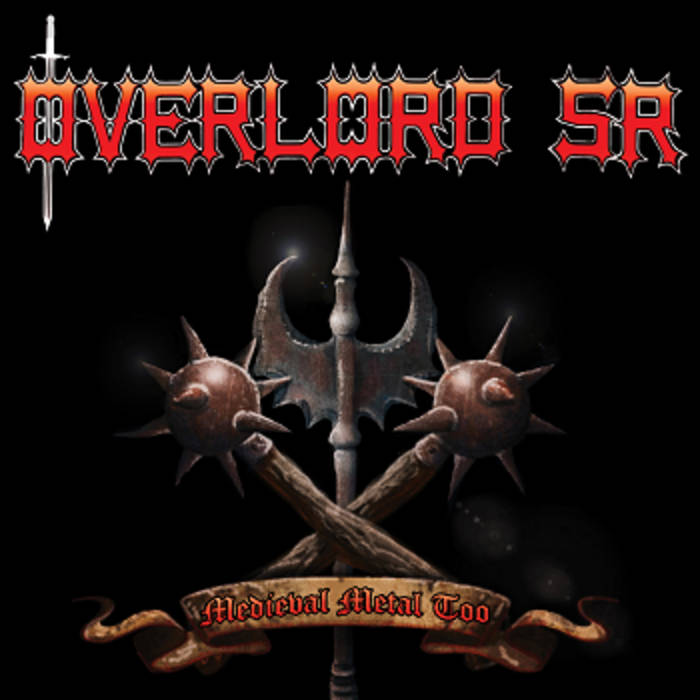 Kunx I had the chance to see these guys at Legions of Metal last weekend and they were amazing! There are so many great moments on this that I am not sure where to start because there's not a song I don't like. Love the solo on Enchantress, the intros on Keeper of the Flame and So Be It, "Knights Reaaalm"... all the great little moments that make this one a classic. Plus, the cover of 2525 is pretty much the best thing ever. Favorite track: Knights of the Realm.

Formed in the late 1970s under the name Rhanen, they would change their name to Overlorde by 1980. By 1984 the band self-released the now infamous 'Medieval Meta' EP. The release caught the ear of Metal Blade Records owner Brian Slagiel and lead to Overlorde being featured on 1987 Metal Massacre compilation album. The band then recorded a three song demo that was never released and by 1989 the band had faded into obscurity.
Several years later the band once again would begin to play and in March of 2011 'Medieval Metal Too' would be released (under the name Overlorde SR) ; a compilation of early Overlorde material including the cult classic "Medieval Metal' EP.

All songs written, recorded and published by Overlorde
Except "In the Year 2525 (Exordium and Terminus)" written by Denny Zager and Rick Evans
All songs record at CMC Studios in Zebulon, North Carolina
Produced by Robert Clark and Overlorde.
2012 re-mastering by Jamie King at The Basement Studios
Cover design and layout by Thomas Barber at TJ Designs