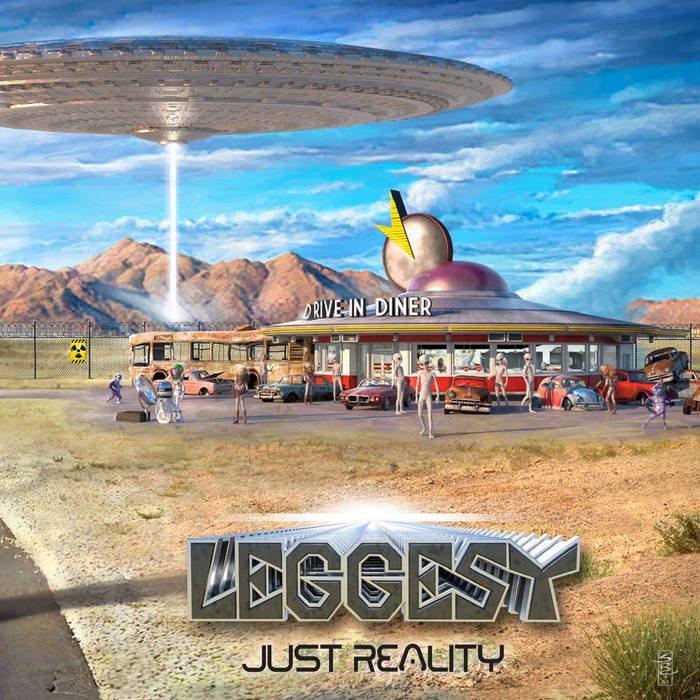 The LEGGESY experience was an ultimate explosion of captivating and thorough entertainment, which received widespread recognition as one of New Mexico’s most powerful entities and voices in original metallic-edged Hard Rock.

As young teenagers, the assembly independently recorded, produced, and marketed an all original nine-song debut released on Halloween 1987 entitled, “LEGGESY,” which instantly sold out its initial 1,000-copy pressing. A second, larger pressing was printed only a couple of months later.

LEGGESY would also make many various personal and musical appearances on both indie and nationally syndicated radio stations, as well as making appearances on various TV shows. They have been feature-showcased and their videos would stay in heavy rotation on several music shows.

LEGGESY would also appear alongside BLACK SABBATH, DEEP PURPLE and ALICE COOPER on the internationally released rock compilation “High-Intensity Discharge” with two tracks—“Lace By Name” and “Custom Made Lover”—released in November 1988. The track “Custom Made Lover” would receive a great amount of airplay on Z-Rock coast-to-coast radio, broadcast out of Dallas. The song was played three times a day on Z-Rock’s “Too New” show. A video of the song was filmed and produced with footage shot using KGGM Channel 13’s (CBS) helicopter of the band performing on the roof of the then Holiday Inn Pyramid building in Albuquerque, NM.

LEGGESY would have two more tracks appear on the compilation album, “Southwest Edge'' released on April 6, 1990.

Produced By LEGGESY
Tracks 1-3 engineered by Peter Gonzales at Mixed Media Studios in September of 1989.

Track 4 recorded live off the soundboard at Confetti in 1989.

Demo tracks 5-9: recorded on a Tascam 234 4-Track cassette recorder at 3 ¾ ips speed at the LEGGEState Studio between May and June 1988