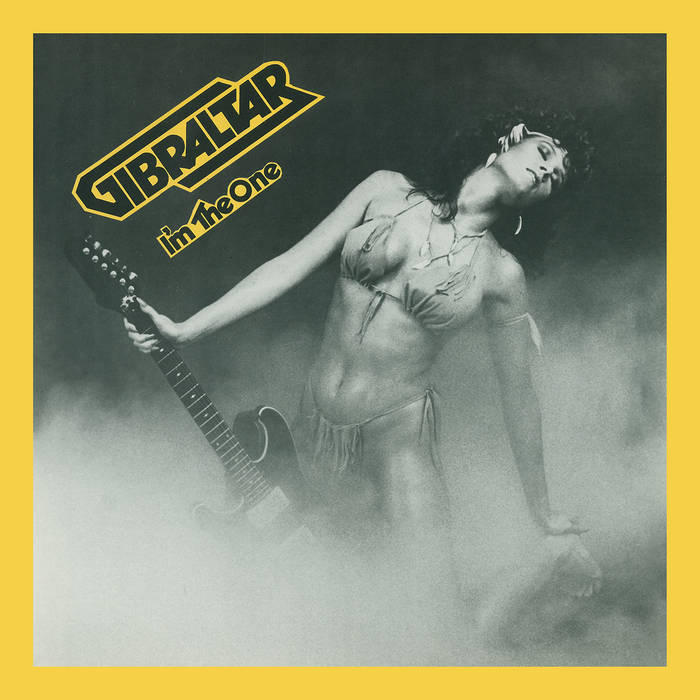 sir_hart_the_blood_curdler Gotta give it up for the hometown hero Roy. Have the pleasure of meeting him a bunch of times in and out of band life. He is the real deal folks. Super cool dude who loves the fans and our hometown. Got nothing but respect and praise for Cathey and DC. Favorite track: Nights on Fire.

Héctor Hurtado Grooscors A Glam Metal jewel that went unnoticed in its time, Gibraltar deserved to be at the height of the best known bands of the scene. Favorite track: I'm the One.

Zzzm. will put hair-metal on your chest or palms or wherever else you need it.

Brian Domijan Roy Cathey one of the best vocalists ever!!! Cold Sweat is still in heavy rotation for me!!!!

In 1987 Fayetteville, North Carolina band GIBRALTAR self-released one of the best melodic rock/AOR records to ever shamefully go unnoticed by the greater masses.

Formed in 1980 by high schoolmates Frank Fournier on Bass, Eric Page on Guitars, Jerry Everly on Drums, David Garcia on Keyboards and vocalist Roy Cathy. GIBRALTAR worked, and they worked hard! They took every gig that was offered to them, whether it be a club show, a keg party, the county fair (Fort Bragg), or even someone’s garage. Word started to spread and spread it did. The fan base was growing rapidly with every new gig and the name GIBRALTAR was becoming well known amongst the early Gen Xer’s who were hungry for a new sound that would eventually define an era and GIBRALTAR had the ability and the look to rise to the top.

Perhaps GIBRALTAR’s greatest strength was its live show. As described by Sid Starling of SRO Magazine (who was present from the humble beginnings of the GIBRALTAR legacy).

When those four played together it was magic. When you added Roy Cathey to the mix, everything rose to a whole other level. Cathey, who had been playing the clubs since the age of 14 would be the stepping stone that propelled GIBRALTAR forward.

As GIBRALTAR’s notoriety grew, the next logical step was to enter the studio and lay down some tracks. GIBRALTAR cut no corners and paid to have high-quality recordings (usually unheard of for an unsigned local band). Well-written songs along with slick production and a decent budget garnered a radio-friendly song that the fans requested on a nightly basis. Local radio stations like WQSM and Q98 held “Rock Fights” on Friday nights where GIBRALTAR would routinely beat out not just the local competition but national acts as well.

GIBRALTAR’s climbing popularity created a buzz – and where there’s a buzz – there’s demand. The young and hardworking band would quickly become a local favorite and waste no time hitting the circuit and riding up and down the East coast club scene

GIBRALTAR took to the road, with raw intensity and no record label handing out tour support. The road was rough but lucrative; audiences were won over and the band jettisoned across the country. The road is easy for some and a bitch for others. Eventually, Everly and Garcia succumbed to the wears of the road and were replaced by Bevan Davies and Troy MacLawhorn.

Tours came and went, and the years passed by without ever securing that major label record deal. A chance meeting while on the road with Marc Ferrari (formerly of the band Keel and a band of his own namesake – Ferrari) led to an invitation for Cathey to join the band, Ferrari. The acceptance of this invitation led to Roy’s most documented time in the music business under the band Cold Sweat. Cold Sweat was signed to MCA Records and released an album that contained two Cathey co-writes (Long Way Down" and "Killing Floor") plus and an MTV music video for the song "Let’s Make Love Tonight”. Cathey and Ferrari would go on to form Sweatin’ Bullets.

Ultimately, GIBRALTAR could not survive without their lead singer and ultimately disbanded. GIBRALTAR would come to a premature end but not before leaving their mark with the band’s one and only release I’m the One.