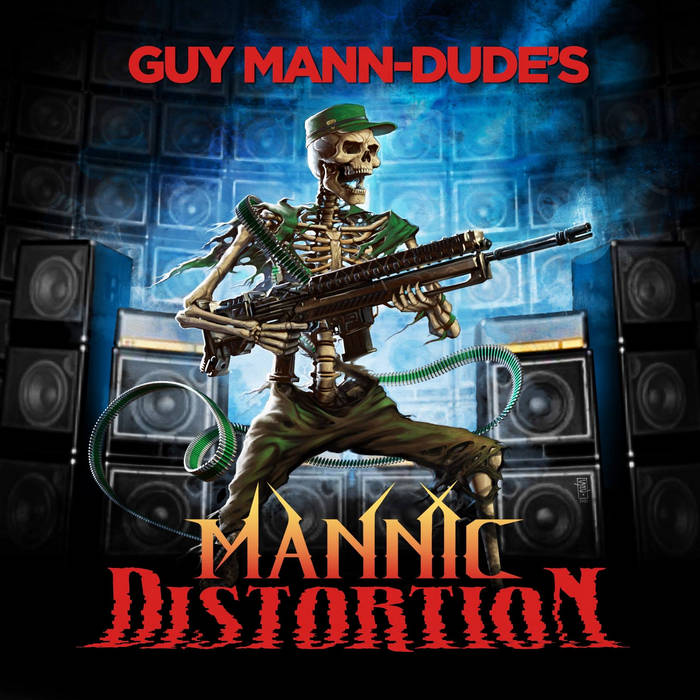 Guy Mann-Dude (Guy Shiffman) is an American-born musician who was best known in the late 1980s and early 1990s after his eponymous band formed in Los Angeles, California in 1988. A musician renaissance man of sorts, Shiffman began as a drummer and would find himself backing YES singer Jon Anderson on his 1982 ‘Animation Tour’. Although an accomplished drummer doing studio work and leading his bands, Shiffman turned to his first love — the guitar — and reinvented himself as GUY MANN-DUDE.

Before going solo the guitarist served time in the Michael Angelo Band. In 1988 MANN-DUDE would secure a deal with MCA for his first solo album titled “Sleight of Hand”. Bassist Barry Sparks (Vinnie Moore, Yngwie Malmsteen, Mary Friedman) would be recruited for the album, along with late

Along with late drummer David Eagle. The following year on July 26, 1989 the instrumental shredding nightmare debut would be released.

The album would garnish minimal attention, getting little to no support and push from the label. However, Mann-Dude’s reputation continued to grow.

In 1989, Mann-Dude would be part of the heavy metal supergroup The Dudes of Wrath along with Paul Stanley of KISS and Desmond Child, both on vocals, Vivian Campbell on guitar, Whitesnake's Rudy Sarzo on bass guitar, and Mötley Crüe's Tommy Lee on drums. The group was specially assembled to record a song called "Shocker" for the soundtrack of the Wes Craven film of the same name. That same year he would also lend his gunslinging talents to Robin Beck's hit album “Trouble or Nothin” as well as Alice Cooper’s “Trash” in 1989.

In 1991 it was time for a GUY MANN-DUDE follow-up. However, this sophomore effort would see a slight change from the shredfest of the first album. Still, as a trio including MANN-DUDE, Sparks and Eagle, they would self-release “Mannic Distortion” (often cited to be (Guy Mann-Dude's Mannic Distortion) under the name Metal Future Records. This 10-song effort would see vocals added to most of the songs contributed by all three members. Only two of the tracks would be instrumentals. ‘Mannic Distortion’ would also delve headfirst into a Bay Area type thrash metal that could have easily rivaled any of its contemporaries at the time. The album would receive another small release on Czechia label Poprun. Neither would get mass worldwide distribution causing the album to become rather rare in later years.