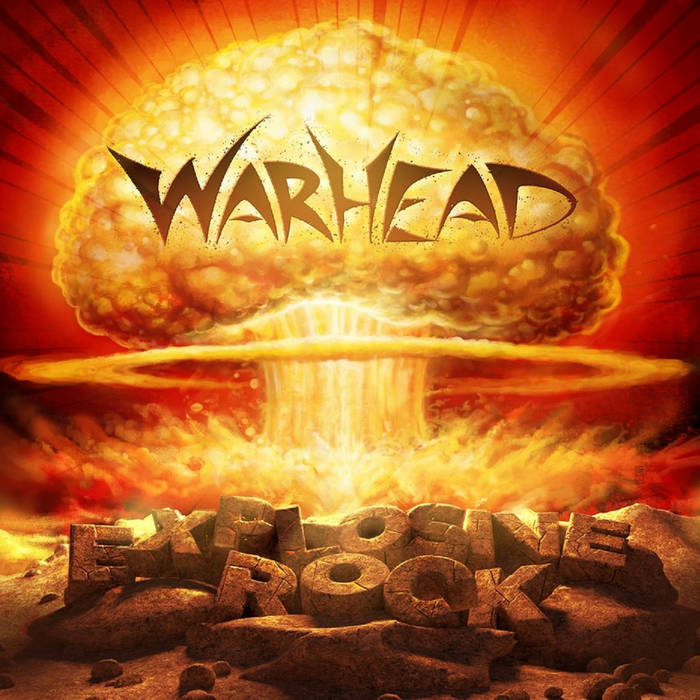 Ｍｉｒａｃｌｅ Ｎｉｇｈｔ ！ this is one of the best albums from such a unknown band The whole album has classic Glam Metal tracks that just tick all the boxes. crying shame / savior in rock and so strong so fragile are so good ! great hooks and perfect voice. I wish bands like this had the spot light more as they deserve it all. Thanks Warhead for staying together and so true to what is Metal. Favorite track: So Strong, So Fragile.

WARHEAD was the real deal! They had it all and were undoubtedly on the path to worldwide stardom. After all, Warhead won the Miller Highlife Rock to Riches national contest which helped spark the careers of Bon Jovi, Twisted Sister, Night Ranger and many others.

WARHEAD formed back in 1981 when guitarists Greg Metts and Bob Emerson met while attending the University of South Carolina. Lex Scott (vocals) and Bubba Rucker (drums) were soon recruited. Fellow USC student, Erol Denizkurt, was the last piece of the puzzle added to round out Warhead’s solid lineup – a lineup that would never deviate or change course.

The story of Warhead took place in the early ’80s when new/more flamboyant types of hard rock bands were winning favor amongst the masses as the music was becoming a visual medium thanks to MTV and countless cable shows that were now exposing imagery in conjunction with the music - Warhead was a perfect fit!

At the forefront of a burgeoning “Hard Rock” medium, Warhead hit the studio and recorded and released their first single, “Street Survivors”. This led to the aforementioned win of the Miller Highlife Rock to Riches national contest. As their popularity grew, they were able to land a deal with a booking agency, CMC, who kept the band on the road throughout the southeast opening for acts like Foghat, Molly Hatchet, Black Oak Arkansas, Spirit, The Romantics, Blackfoot and others. Warhead also headlined the Friday night slot at the Coastal Carolina Fair’s large outdoor arena. One of the more memorable gigs took place in North Carolina was when Warhead joined fellow rockers, and good friends Maxx Warrior (who later became National Recording Artist Firehouse), for a jam session which included ‘covers’ of a handful of Def Leppard tunes.

In 1984, Warhead’s Tonight We Rock EP, became CMC Records’ first release (despite the fact that they were not actually signed to the label) after CMC moved from being a booking agency to a record label. (In fact, the 2-track 25 single that was released has garnered bids of up to $200 on eBay).

Throughout the ’80s, WARHEAD kept the momentum going by recording more material and playing live shows wherever they could book a gig. The band took numerous meetings in NY City with the likes of Atlantic Records, Elektra Records, Chrysalis Records, and many other up-and-coming labels, but never got the deal they tried so hard for.