Echoes from the Analogue Asylum 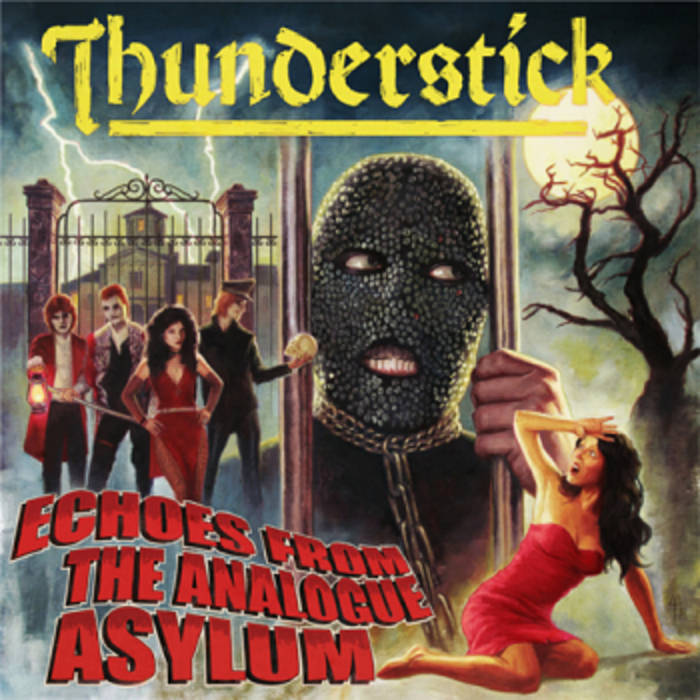 Description:
For those who may not be familiar with the infamous Barry ‘Thunderstick’ Graham he played a leading role in the infancy of the New Wave of British Heavy Metal in the late 1970s. After a brief stint in Iron Maiden, Barry traded spots with drummer Clive Burr to set on the throne behind scene forerunners Samson. There Barry further evolved the maniacal persona known as Thunderstick. The hooded, s&m garb clad wild man caged with his drum kit caught the imagination of the press making Thunderstick a figurehead of the fledgling movement. After three albums and a number of singles with Samson, Thunderstick would break out of his cage in search of his own vision.
Inspired by Rocky Horror Picture Show, Alice Cooper, and Hammer films the Thunderstick band was born in 1981. By 1983 the N.W.O.B.H.M was quickly coming to an end when the band’s debut EP ‘Feel Like Rock 'n' Roll?’ was released. The following year the full length ‘Beauty and the Beasts’ was released. Still with a fair amount of exposure it seemed that a female fronted poppy rock band with a vampiric glam image was suspended in twilight with audiences. The Thunderstick band would not live a long life afterwards but the legend of Thunderstick the man would live on.
For fans of: Alice Cooper, Rocky Horror Picture Show, Blacklace, Girlschool, Bitch, Suzi Quatro and The Runaways