by OF DYING DREAMS 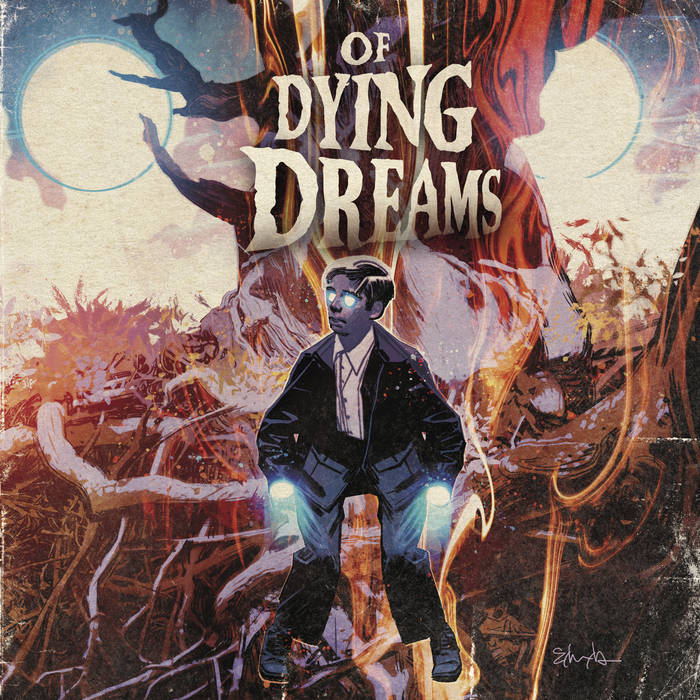 OF DYING DREAMS was formed in October 1993 following the breakup of two Greensboro, NC–based metal bands. The remaining members of Requiem Mass (Chris Ferguson, vocals and keyboards; John Anthony, bass; and Chris Wheat, drums) enlisted former Perpetual Iniquity drummer/singer Scott Ingold to play guitar and provide melodic vocals. After fulfilling a prior show obligation, the newly christened Of Dying Dreams began working on new original songs, combining elements of thrash/death/progressive metal with melodic vocals and style. The original O.D.D. lineup lasted until 1997, when Ferguson left the band.
Over the next few years, other original members left and Of Dying Dreams began a rotation of various band members coming and going, the only constant being Ingold, who continued the primary songwriting duties for the band, eventually switching back to drumming. Ferguson returned to the band in 2001 to rejoin Ingold and new members Joe Potts (Trailer Park Orchestra) on guitar and Chris Sealey (The Pretty Ugly) on bass. Unfortunately, this most recent configuration only lasted a year or so, and the band split for good.
With a renewed interest in reissuing the O.D.D. catalog, original members Ingold and Ferguson returned to the studio in 2016 to re-record new versions of the band’s first two songs, “The Immortal” and “Embraced In A Dream” (included as bonus tracks on this release).