Digital Black Among the Masses 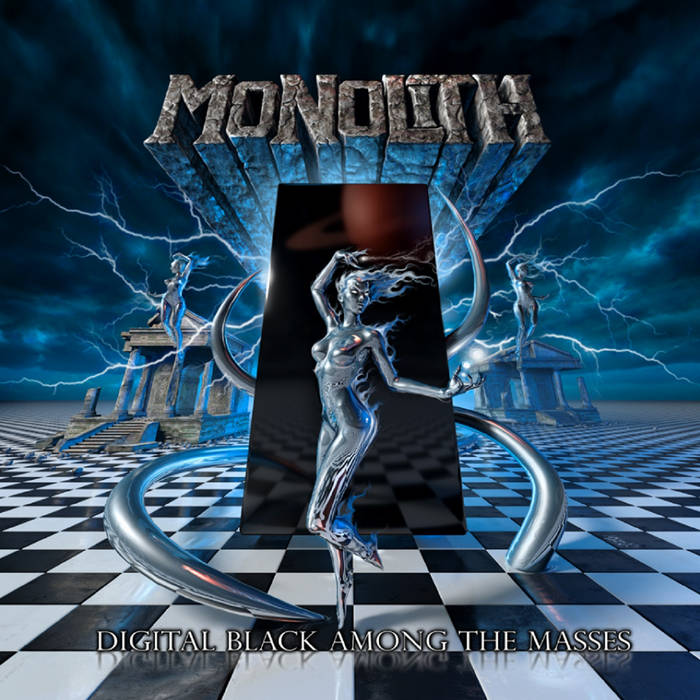 Formed in 1986 in upstate New York by members; Anthony Imbrogno(drums), Vince Rao and Ed Lawton (guitars) with the goal to combine the power of Judas Priest and the speed Metallica to create their own offering of breakneck thrashing madness to the metal masses. With the addition of Guy Rivers Bass (bass) and Kevin Callahan(vocals), MONOLITH would set out to do just that.
Throughout the next couple of years, the band began gigging around their area, sometimes even hosting their on shows. By 1989 MONOLITH would release a 5-song demo titled 'Experience the Power' that began getting regular airplay on local college radio.
In 1991 the band would issue their first self-released full-length titled 'Digital Black' The 10-song recording would also receive airplay, but now extending beyond New York. As well as leading to distribution in Germany.
As most fledgeling thrash metal bands were folding in the early 1990s from what was seen as an "anti-heavy metal' sentiment of sorts, MONOLITH would forge on for one last batch of songs seeing the release of 'Among the Masses' demo in 1993.
Over the years since these recordings were first issued they have become quite rare and have been known to fetch more than a few bucks by collectors and thrash metal enthusiast.

FOR FANS OF: Metallica, Heathen, Annihilator, Toxic, and Testament