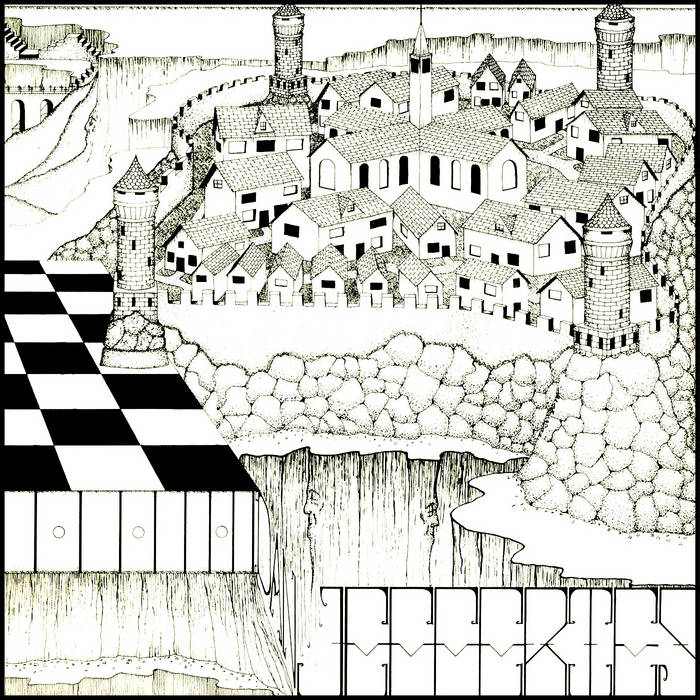 Christian Mumford the best label... this, white boy and The Average Rat band, Morticia Are my faves on this great label... reissued gems! this album succeds in the way Moving pictures, Levitation (Hawkwind), deep purple etc did in 1979-85 ish did. Favorite track: Mister Spock.

What would become known as DAN JEFFERIES’ CENTURY began to form in 1980 with childhood friends guitarist/songwriter Dan Jefferies and drummer Kevin Dempsey. The two began playing together in a previous band called Axent until sometime around 1983 when the two would part ways with the other members. Soon after Jefferies and Dempsey began to hear of a new singer on the scene by the name Fabian Bortolotto. They would meet with Bortolotto and CENTURY would be born.

After several live shows in which the band would have to focus mainly on playing covers of commercial hits in order to continue to be booked, Jefferies decided to record his original material. Jefferies would take the project to the newly opened studio by high school friends Joe Notarianni and Phil Gregory. Into the recording sessions, Bortolotto would accept a gig going on tour with another causing Jefferies to find another singer for the sessions. He had known of Colin Wilkinson from the local scene for several years and so Wilkinson would be recruited into the project. Bortolotto then would return rejoining the project resulting in two vocalists on the sessions.

With busy schedules and limited space and equipment in the small studio, the album was recorded track by track. Jefferies and Dempsey often worked together, but for the most part, the musicians came in and recorded individually. Still, there were challenges. And then once the recordings were finally finished an accident caused all the tapes to be destroyed. Not being able to get all the original members of CENTURY back at the time to start over studio musicians would be hired to re-record the album. Jefferies would be unsatisfied with the rushed recordings and mix. He later would decide to go back and re-record yet again, this time with the original Century members.

A pressing of the album simply titled Dan Jefferies Century would be released that would lead to a bit of confusion in later years. After most of the first printing of Dan Jefferies’ Century had been sold, Jefferies again returned to the studio to redo the rushed mix that had been done in one overnight session. This time, he headed to Grant Avenue Studios in Hamilton, then operated by the Lanois family. There, he worked with producer David Bottrill (Tool, Dream Theatre, Godsmack, King Crimson) who was just starting his career. Although happy with the final product, Jefferies was unable to release the remix due to time and budget constraints.

Jefferies is thrilled to be able to do that now. The new CD package features Bottrill’s remix, along with the original cover art. It also contains the full lyrics, which were never before published, and an additional track that had been left off of the original album.

“The CD release of Dan Jefferies’ Century completes a musical circle that began more than three decades ago. This new package, featuring an updated mix and complete lyrics, represents the project envisioned by Jefferies in the early 1980s, but wasn’t possible until now.” - Dan Jefferies