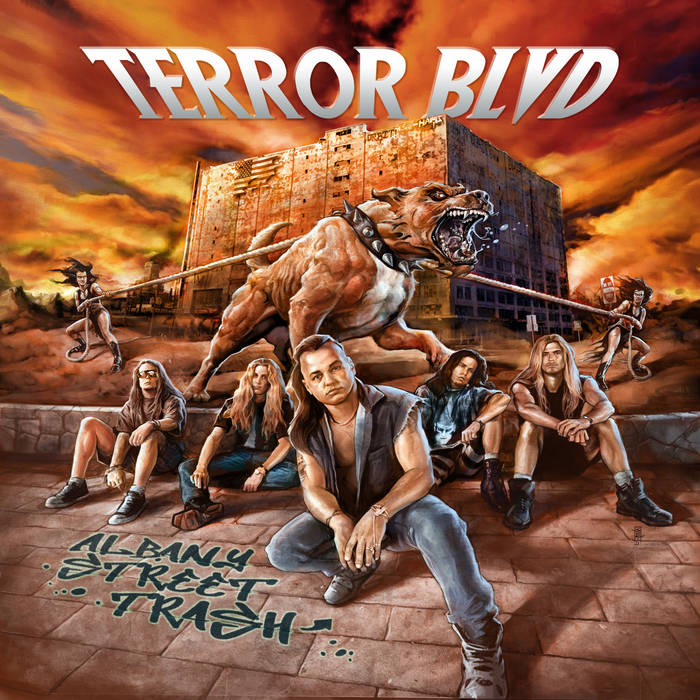 A common misconception is that heavy metal was dead through the 1990s in America. This could not be further from the truth.
Originally, formed in Albany, New York under the name BLIND MAN’S BLUFF with guitarists Matt Chesbro and Brad Bowhall, bassist Titian Dion and drummer Ron Burris. After placing an ad in a local entertainment paper looking for a singer, the group would add local metal scene veteran and former BLACKSMITH vocalist Malcolm Lovegrove to the line-up. With this new edition, the band would change their moniker to TERROR BLVD.
TERROR BLVD would move quickly to compose 8-songs to take into Hyland Recording studio. The band would work with Ted Hyland, who was known for his work with other bands from the area such as CHINA WHITE and MONOLITH.
With the assistance of Hyland, TERROR BLVD would deliver a solid album of power thrash metal with crossover appeal while staying uniquely New York that hits like a ton of bricks.