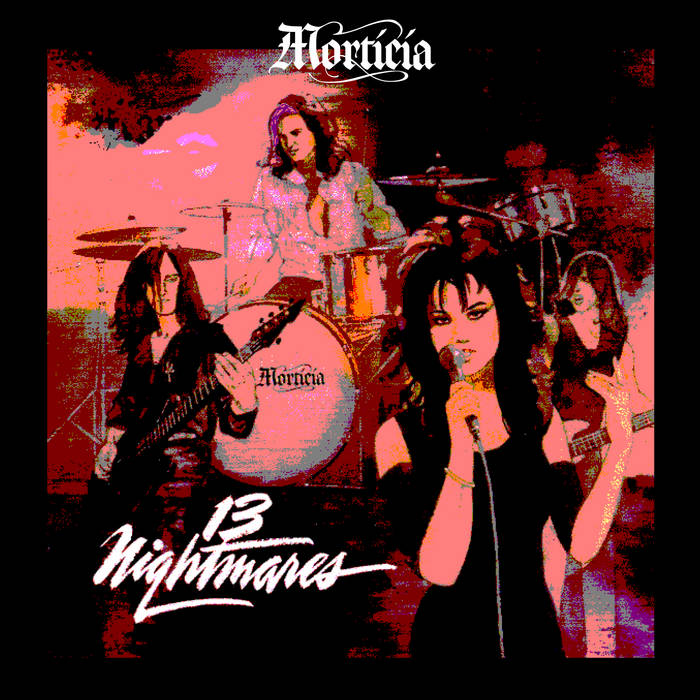 MORTICIA came to life in 1985. The band was conceived by founder keyboards/vocalist Jodie Tanaka and drummer/vocalist Matt Bachelor. The duo would set out to create dark, moody and romantic music combined with their sense of camp and tongue-in-cheek humour. The band would be the premier goth/deathrock band in the Twin Cities and be able to walk the realms of punk, alternative and heavy metal being, embraced by a variety of scenes. Sharing the stage with local heavy metal heroes such as Impaler and Slave Raider, opening for punk icons like Wendy O Williams or sharing bills with deathrock giants as Alien Sex Fiend and Sex Gang Children, MORTICIA proved they could hold their own in any arena.

In 1991 MORTICIA would release their final album to date “13 Nightmares”. Released on Channel 83 Records on both CD and cassette containing 13-tracks, one of which a cover of ‘Bela Lugosi's Dead’ by gothic rock legends BAUHAUS. The album would show the band bringing in more commercial heavy metal influence while holding on to the dark gothy ascetic that the band had created that would only add to the band’s distinct identity of one of the most interesting bands of the scene.